2005 (RE4, Shadow of the Colossus, Ninja Gaiden Black and Jade Empire are released) WIP 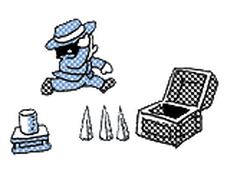 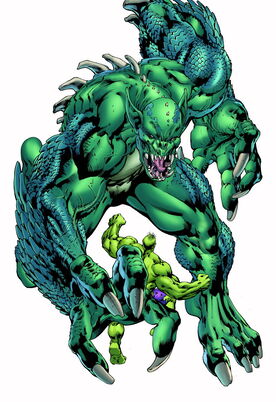 Shaman King: Master of Spirits 2 (GBA, 2005) - WIP
Subgenre: See the prequel
Other: Hub map, Shop (on the map screen)
Difficulty options
Save on the hub map
No area maps?
​


Albero and the Great Blue Emblem (PC, 2005) - WIP
Other: Elevator hub, NPCs, Some fetch quests
3 playable chars that you can switch between at certain points (Rusty fits into small spaces)
Save points
​Auto-mapper which is placed in the background in a room in-game


The Incredible Hulk: Ultimate Destruction (XB/GC/PS2, 2005)
Subgenre: 3D Open World-lite Action Adventure (Mission-based, shop, char upgrades, some hidden items)/Platform Adventure-lite, Beat 'em up, Optional on foot races and collectathon element
Perspective: TP view
Movement Mechanics: Wall running and jumping, Double air dashing, Super high charge jump (can start charging it again in mid-air), Air strike (air dash+punch), Aimed throws which can also be charged (and you can pick stuff up as well as throw them while running with an upgrade), Knock enemies into the air and perform mid-air combos, Can kick a grabbed aircraft into another one, Air recovery move (recover from knockback-causing attacks similar to when thrown in Streets of Rage)
​Other: Two hub maps, Various optional mini-games/side missions, Fun exaggerated physics, ERS meter/threat level meter (similar to GTA) - eventually a strike team is sent after Hulk if you destroy enough things and you get extra smash points/money for taking them out (also resets the meter) - threat level goes down to zero when taking out a helicopter strike team (otoh it would be annoying if the helis kept coming and out of character for Hulk to run away until it lowers), Minor QTE element when some bosses grab you, Some fetch quest missions, ​No puzzles
​
Playthrough (Easy) - Video Review - Mini Review​

Chibi-Robo! (GC, 2005)
Subgenre: 3D Open World Adventure (explore a house and its garden as a small robot, goal is to make people happy and help a dysfunctional family while also uncovering a magical treasure), Similar to Banjo-Tooie and Shenmue, Collecthathon (happy points and money are often gained by walking around and picking stuff up and you need these to progress, reactivating Giga Robo costs 10k, etc.; optional: 6 colored blocks, 20 frog rings for jenny, stickers), One short Stealth segment
Perspective: TP view w/ FP view aiming mode where you can't move around, One SV 2.5D segment
Movement Mechanics: Temporary hover and hover jumps
Other: Day/night cycle (minor layout differences between day- and nighttime, NPCs with schedules that change a bit as you progress the story, days only last 5 mins at first but this time can be extended, can't skip ahead besides when using the pajama which is a late-game tool), Shop, Side quest focus (mostly fetch quests, some optional mini-games including two races of sorts that you buy vehicles for - can't use them outside of these), Forgiving betting mini-game (2x money if you win, 10% of bet back as happy points if you lose), Living toys theme, modern setting, Leveling by performing positive actions and finishing quests which yields happy points - trade these in at your "home base" to gain life bar upgrades and tools/abilities, Random enemy encounters which you can escape from
​ Some notable cons:
Playthrough - Video Review - Mini Review


Castlevania: Curse of Darkness (PS2/XB, 2005)
3D Hack 'n Slash w/ Trainer RPG elements (summon CPU-controlled familiars which you can set to a certain behavior and level up, these evolve based on what weapons you use, craft new ones as well as weapon and armor; shop), Level-based and mostly linear (maze-like levels)
Perspective: TP View (some FP turret segments)
Other: Very little platforming, Optional tower gauntlet areas
​
Some ability gating (glide over long distances, transform into a flat circle that lets you fit under gaps in some walls, etc.; mainly for optional items you can backtrack for?)
Map system
Warps/teleporters and warp tickets (to the shop or to the last save point you registered one at)
Lots of dead space
Unlockable Trevor Belmont mode (equipped with the "Vampire Killer" whip and the classic subweapons)


Ultimate Spider-Man (Multi, 2005)
Subgenre: 3D Action Adventure/Beat 'em up
Perspective: TP view
Other: See Spider-Man 2
​Can play as Venom for some missions (chase or destruction missions, draining health - can feed on kids)
3D mini-map
Venom starts with all his moves
​Worse swinging and combat than SM2?


Mina of the Pirates (PC, Unfinished)?


Ty the Tasmanian Tiger 3: Night of the Quinkan (Multi, 2005)
3D TPS/Action Platformer w/ AA elements (buy movement upgrades for the mech, customizable boomerang weapons but they're only needed for optional collectibles here), Mech segments, Mandatory kart racing levels, Flight segments
Other: Two hub areas, Level-based
Can unlock a few levels at a time which can then be finished in any order
No ability gating?
Mini-maps
Some invisible walls

​
Outliers:
Ys: The Oath in Felghana (PC, 2005/PSP, 2010)(Ys III Remake) - 3D-ish ARPG (pre-rendered sprites, seems to use the Napishtim engine), Top Down/Bird's Eye View, Linear?
3 abilities gained via elemental bracelets which are used for traversal and exploration besides combat (wind/spinning lets you glide over gaps, fireballs can light torches and melt ice, dashing can break walls)
Some invisible walls
Upgradeable equipment
Checkpoints at the beginning of areas and boss fights
Sometimes harsh level/gear gating at bosses
No maps?
​Warp between save points

Dragon Quest Heroes: Rocket Slime (NDS, 2005) - 2D Action Adventure w/ Platforming, TD view, Giant tank/mech battles (you run around the mech to interact with cannons, etc. kinda like in Starsiege: Tribes, can fire yourself into the enemy tank to sabotage it, CPU allies that you can order around in these battles after saving and enlisting them)
Upgradeable tank
No permanent abilities gained? (carry different enemies with different attacks to progress?)
Block/stacking puzzles
​Vague maps

Summon Night EX-Thesis: Yoake no Tsubasa (PS2, 2005)(Untranslated) - 3D-ish ARPG (2D sprite chars) w/ Platforming, Tilted TD view (lower than in Zelda), Can summon monsters, 2 playable chars that you can switch between on the fly
Some summons are used for traversal (a golem is used to ride it and cross spikes, Tete can be sent into small holes to search, etc.)

LEGO Star Wars (Multi, 2005) - 3D Action Platformer/AA (Small hub area w/ a shop - buy chars), TP view, 2-player co-op (player 2 can also be AI controlled), Level-based and linear, Racing and Dogfight segments
Switch between various characters to progress by using their special abilities (later on you have to use 6 different chars to solve some basic puzzles) - chars are chosen for you based on where you are in the movies?
Hidden chars
​Can replay beaten levels with any chars you want (free mode)

Resident Evil 4 (Multi, 2005) - 3D AA/Survival Horror/TPS, TP view (behind the shoulder), Some platforming (context sensitive, no jump button), Linear structure (some levels w/ maze-like segments and problems that can be solved in multiple ways), Some vehicle and escort segments
Some tools for progression/exploration but they are situational (dynamite used in one spot, infrared scope?, ) - no other ability gating

Killer7/Killer 7 (GC/PC/PS2, 2005) - 3D AA/ARPG (manual stat distribution), TP/FP view hybrid (FP combat), Not much platforming (jumping is a special ability only one char can perform), 7 playable chars that you can switch between on the fly, Puzzles
Don't gain new abilities or chars over the course of the game?
​Very on-rails exploration movement

Stubbs the Zombie in Rebel Without a Pulse (PC/XB, 2005) - 3D AA, TP view, Zombie avatar, Possess people by throwing out your hand and grabbing their heads, Convert people into zombies to fight for you, some QTE dance-off segments, Level-based and short (open ended levels), 2-player co-op mode, Some vehicles
Some ability gating (the hand can also move into tight spaces and cling to walls, possession (clear mines), using your head as a remote controlled exploding bowling ball?) - gain 3 additional abilities over the first few levels
Can't go back to the previous level and get your zombies but if you know where the end of a section is at then you can push your zombies ahead of it and when the new section loads you can use your zombies in the new area
​Save anywhere?

Peter Jackson's King Kong: The Official Game of the Movie (Multi, 2005) - 3D AA/FPS, Level-based and linear (not much exploration?), Chase and raft segments, Escort segments, Play as Kong in some segments
No permanent abilities? - Use fire to remove obstacles and food to distract enemies in some segments
Can only carry one weapon at a time
No HUD (no health bar, ammo, mini-map etc. - your avatar instead tells you the ammo count)
Regenerating health (distracting audiovisual effect when near death)
​Frequent checkpoints

Shadow of Rome (PS2, 2005) - 3D Stealth Action/Beat 'em up hybrid (different playable chars for these segments though the BEU guy also has to do some stealth), TP view, Level-based and linear?, No platforming?; No ability gating?, Weapon durability, Kinda buggy stealth segments