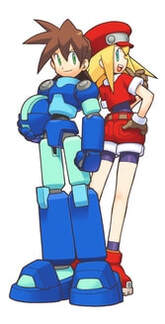 Castlevania: Symphony of the Night (PS1/SAT, 1997/PSP, 2007)
Subgenre: ARPG (exp point leveling system and a few NPCs but no towns - the whole game takes place inside and right next to a huge castle and there's little story progression, one shop)/Igavania
Movement Mechanics: Flight and forward air dash in bat form, dive kick (diagonally downwards - Shinobi 3), slow and limited flight via the mist form which can also be used to dodge some attacks (a bit like The Ninja/Ninja Princess), upwards air dash (similar to Shinespark in SM), sliding as Richter
​ ​
​Playthrough - Video Review - Mini Review 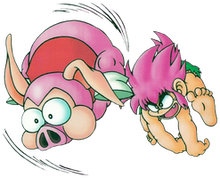 Tomba!/Tombi! (PS1, 1997)
Subgenre: 2.5D* ARPG/Action Adventure-ish (NPCs, quest/mission-based within an interconnected world, experience system of sorts (ability bars that unlock the use of three optional magic gems, very interactive side view environments), Collectathon (lots of fetch quests, roughly half of the 130 quests are obligatory?, you're usually kept from progressing until you collect a bunch of items and complete one or more fetch quests in each area, sometimes you're locked out of sub areas because they're "very dangerous" which really means the same thing)
Perspective: Side View/Top Down View (towns) Hybrid
Other: *Double plane gameplay in most areas and you can rotate the view 45 degrees in some areas
​
Playthrough - Video Review - Mini Review 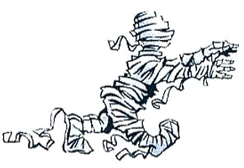 
Lego Island (PC, 1997)
Subgenre: Action Adventure/Racing hybrid
Perspective: FP view
Other: Hub area (the island), Five different playable chars (choose at the beginning - only one char can access the whole island via the story), Racing and other mini-games
Partially non-linear
​Can build some vehicles later on (flight via the helicopter)
Save feature?
Map feature?
No ability gating besides the vehicles?, No char upgrades?
​Comical tone
​​

​
Goosebumps: Attack of the Mutant (PC)? - FP View, Some platforming
Linear w/ some backtracking to previous areas?
​Save anywhere?
​No maps or mini-maps? 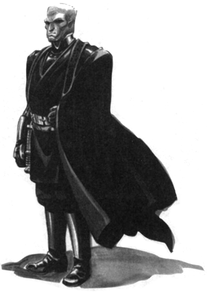 Outliers:
Star Wars: Jedi Knight: Dark Forces II (PC, 1997) - 3D TPS/FPS/Platformer hybrid (you can switch between view modes on the fly), Maze Shooter w/ some RPG elements (meaning it's level-based)
Wireframe map that fills in as you explore (2D top down view, like Doom except this one doesn't have a separate screen) plus additional 3D map in the menu (rotatable and zoomable)
Some alternate paths through levels
Persistent item and weapon inventory (Strife)
Many secrets (finding all secrets in a level gives you one more point to put into force powers) and small semi-hidden detours for items
Quicksave anywhere (but no quickload, many nameable save slots)
Choose between a light side or a dark side path ~2/3 into the game (affects the ending and later force powers, killing NPCs will gradually move you towards the dark path (except for a friendly droid in lvl 4 which takes a lot of hits to kill and will trigger the dark side path if you do it)
Jedi force powers (some of which affect how you can traverse a level) and a basic skill tree system for them (unlock powers and points to put into them as you beat levels - can save points for later)
Resource management is pretty important (limited ammo for every gun, you'll quickly run out of ammo if you only use the rapid fire guns)
One escape sequence (kind of confusing layout for the level but there are two different solutions as you can use force speed+force jump to get to the other side if you took the wrong path at first)
Levels feel more like actual places overall without sacrificing gameplay (in general - sometimes gameplay takes precedence and the level feels pretty arcade-like)
Lets you ambush some enemies (enemies tend not to react to any noise but laser fire so stealth is basic)
​
Playthrough - Mini Review


​​​Turok: Dinosaur Hunter (N64/PC, 1997) - FPS/FP AA, Hub area w/ large maze levels (first level leads to a small ruins area with teleporters to each level/sub area), Climbing and swimming, Collectathon element (have to find 2-3 keys for each of the 8 levels as well as 8 pieces for a weapon to take out the final boss with - the boss might be doable without it but it's a lot harder)
Partially non-linear after the first level - can unlock up to 2 sub areas at a time by finding keys until the last couple of levels
2D automapper (toggleable overlay, sub area maps aren't persistent - moving between them via teleporters in a level makes them disappear which can be disorienting and means you'll have to rediscover a sub area if you missed a key in it, some paths also remain unmapped after finding them, can't see stairs on the map, can't zoom out the map - pretty zoomed in on N64)
One persistent tool (grenade launcher) that lets you explore new parts of visited areas/levels but it's optional and there is only one place to use it in (level 2 caves)
​Can replay beaten levels (most things seem to stay as you've left them besides the maps)
Somewhat rare save points (multiple slots, shows only which level you're currently on), Frequent checkpoints
Hidden bonus levels (find portals and enter them quickly since they disappear after 5-10 secs; these play like the main game but focus on platforming - falling doesn't kill but hazards do, can exit at any point via their entrances, can find cheat codes in them)
Some resource management (limited ammo for all ranged weapons, limited ammo capacity - can be upgraded if you find the backpack)
Frequently respawning enemies in some parts of levels
Extra lives system (collect 100 tokens or find them in the levels, fairly easy to rack up lives)
Levels sometimes wrap around and make you return to an earlier sub area where the next gate leading forward has been opened
Many hidden paths and items (decent-pretty good (levels 5-7) spatial awareness puzzles)
Some neutral creatures/animals - shoot for HP

Bomberman 64 (N64) - 3D, Near TD view (high angle, limited camera movement - 8 rotation angles and can't be tilted on the x-plane/vertically, two zoom levels), World select (linear progression between levels in worlds though) and maze levels
No new tools/abilities gained that let you reach new areas in previous levels or progress in new areas
No jumping but can bounce on bombs to move between platforms

Armored Core (PS1) - 3D Mech-based TPS w/ in-depth customization (9 parts+2-4 weapons+optional upgrades), Mission-based, Some maze areas (and some missions tie into previously visited areas), Shop (in-between missions)
Partially non-linear structure (choose between 2-4 missions to do in any order until the late game, what you choose affects your path as some missions are missable, one optional boss/rival mech, some hidden items, can abort/fail a mission and keep going)
Unlock all missions including missed ones after beating the game
Save between missions
No ability gating besides a soft one for the booster and legs parts in the final mission
Resource and weight management
3D maps, Radar


Crash Bandicoot 2 (PS1) - Hub world/rooms (there's also a hidden one which has levels that connect back to some of the regular levels), Collectathon (25 crystals to access the final boss (easy), 42 gems to see the good ending)
No permanent tools/abilities gained
Can exit a level at any time
Non-persistent item collecting progression until 100%-ing a level besides the crystals (the masks (extra HP) do carry over between levels)
Some points of no return in levels and you still can't flip the camera around when moving backwards in one 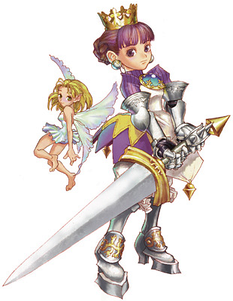