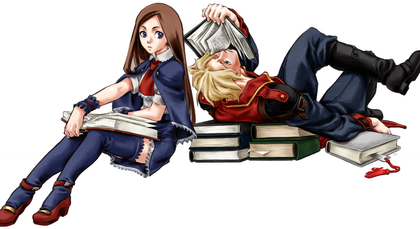 Castlevania: Portrait of Ruin (NDS, 2006)
Subgenre: ARPG (see Dawn of Sorrow), Removes the touch screen elements besides an optional tap to make the secondary char jump, Optional collectathon element
Movement Mechanics: Triple jump of sorts, Flight via the owl form, High jump (can jump infinitely in mid-air)
​Other: Non-castle areas accessed via paintings (can move back and forth - these segments are single entry point and generally more straightforward but you do backtrack into one of them to progress at one point and can do optional backtracking into a few others for items, these areas don't connect to each other), Small hub within the castle where you can take on optional side quests (a set of 5 at a time though after finishing a few of these you can come back later to unlock more), MP mode (boss rush) - however you don't play at the same time?, Boss rush mode (course 1 is unlocked from the get go and includes some enemies and bosses from DoS), One shop (still can't buy back rare items you've found and sold, adds more items as you spend more money and beat more bosses though you have to spend a lot of money it seems), You only swim at one point here and it's a boss fight
​
Playthrough - Video Review - Mini Review

Mega Man ZX (NDS, 2006)
Subgenre: Action Adventure (mission-based), Collectathon element to some missions (second mission - hide and seek with 4 guards, ) and optionally for the database (bestiary/NPC encyclopedia) entries
Movement Mechanics: Air dash (sideways and upwards) and underwater dash (8 directions), Wall jump and slide+dash which affects jump momentum by default, Hang onto ceilings (lets you climb up if holding onto a platform)
​Other: The town and mountain pass areas (C and B) are hubs of sorts as they connect to four other areas - 8 areas only connect to one other area besides via teleporters and two don't have teleporters, Upgrade chips replace the Cyber-elves and there are fewer of them (they make some appearances but can't be used for buffs/upgrades here), OIS/Overdrive Invoke System - temporary boost to attack power (energy gauge-based and it drains pretty quickly but can be turned off at will, overdrive and some charge attacks activate a suit's element, lost when hit, Model X and ZX suits don't have an overdrive function), Double slot feature - start the game with MMZ3 or MMZ4 inserted into the DS and you can face bosses from those games in a certain area of this game, Some mini-games (sideways arkanoid-style - meh, bejeweled-lite - meh), Don't gain alternate main weapons for the ZX/Zero suit here (no chain rod, recoil rod, shield boomerang or knuckle)
​ Some notable cons: ​
Playthrough - Video Review/Analysis - Mini Review
​

Within a Deep Forest (PC, 2006)
Subgenre: 2D Puzzle Platformer, One mine cart segment (charge jumps rather than bouncing here, very short though), Flip screen (instead of scrolling), One escort segment
Movement Mechanics: Bouncing ball avatar (similar to Cauldron 2 but more advanced, bouncing rather than jumping), Hover via air streams/wind (push back and then forward for a momentum boost)
Other: Hub area and levels w/ single entry points, 3 secret mini-games (accessible via the Secret Levels.exe application after they have been unlocked via found 4-digit codes or with a cheat)
​
Playthrough w/ commentary - Review - Mini Review 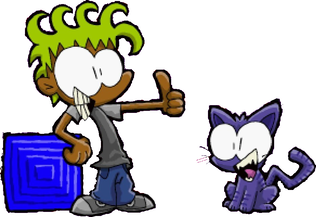 Lyle in Cube Sector (PC, 2006)
Subgenre: Metroid-like, Collectathon aspect (several orbs for the upgrade to the cube spawning ability)
Movement Mechanics: Double jump (up to five times in a row in mid-air with an upgrade) by throwing cubes/blocks downwards similar to  Klonoa
Other: Use found and spawned cubes to fight, Basketball mini-game
​ ​
Playthrough (Speedrun) - Video Review - Mini Review
​

​Can only hold one weapon at a time (unlike in CV it's your main weapon)
Time slowing+stopping and reversing abilities (Sands of Time)
Map feature (shows layout, doors and some points of interest but no topography within rooms)
Parry system (time directional inputs with the moment of impact according to the direction something is hitting you from - Street Fighter 3)
Odd jumping (jumping without pressing a direction at the same time reaches higher and lets you attack enemies below but has poor horizontal length)
Unlockable second character (new abilities and controls)
​ 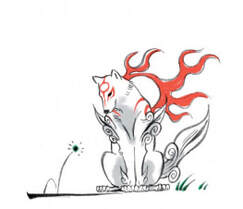 ​Okami (PS2, 2006/Wii, 2008/Multi (HD ver.), 2012)
Subgenre: 3D Zelda-ish ARPG (towns w/ shops and some traders outside of them, some puzzles and puzzle-style bosses, helper NPC, manual jumping, cracked bombable walls, etc.), exp point leveling w/ manual stat distribution (HP - can also be upgraded w/ found items, ink capacity/MP, astral pouch charges - revive, wallet size), Various QTEs
​​Perspective: Mostly TP view, Side view for some segments
Movement Mechanics: Double jump, Air dash/tackle, Wall jump, Wall climb (see Ninja Gaiden), Vine jumps at specific points (similar to the hookshot in Zelda)
Other: Overworld and dungeons structure, Wolf avatar, ​Partially non-random battle encounters (get teleported inside a battle arena surrounded by walls upon touching an enemy, can escape from it but you lose godhood* levels). You also face a few enemies outside of these encounters, Buy new combat moves at the dojo near the beginning which are then taught by a trainer, Brush drawing gimmick - draw shapes on the screen with a brush pointer to use spells (can hit more than one target with one stroke, gameplay pauses while drawing but certain bosses can override this pause), Some mini-games (dig up the turnips without getting hit by an NPC, fishing, well digging (2D side view) - similar to Boulder Dash or Solomon's Key mixed with Lemmings, transport NPCs to their destinations by blowing lily pad platforms around under a time limit, thief on foot races and runner on foot races, make a large snowball by rolling it into lumps of snow, two time limited "follow the NPC" segments), Many optional collectables (100 stray beads for an OP weapon), Automatic jumping into and out of water at specific points


Gothic 3 (PC, 2006)
3D Open World WRPG (no arbitrary gates, can kill anyone)
TP View
Other: NPC schedules (day/night cycle), 2 factions (orcs and humans, humans are occupied and you can liberate cities)
Teleport stones - have to find them
​Some spells and skills for exploration/traversal (Telekinesis?, Light, Fog (stealth), Soul Travel, Some transformations?)
Buggy w/o fan patch
Map and compass (no mini-map?)
Hard
Quest log and dialogue journal features
Highly interactive world?
Tooltips for nearby interactive objects - SS1?
Save anywhere
Night to Day - skip ahead and heal spell
Visual effect when hurt
NPCs tend to knock you out and steal your stuff rather than kill you if you misbehave
​Can make NPCs and enemies fight for you

LEGO Star Wars II: The Original Trilogy (Multi, 2006) - 3D Action Platformer/AA (Small hub area w/ a shop - buy chars), TP view, See the prequel, Hub room w/ a shop (access all 3 first episodes based on the movies and create a character based on bought chars, can you go back and forth between episodes during a session?), More vehicle segments
No new moves gained for any char?

Tom Clancy's Splinter Cell: Double Agent (Multi, 2006) - AA/Stealth Action, See the prequel, Partially non-linear (some story choices and you can do missions for two different factions (need to keep both sides happy but it's fairly easy on Normal?), three endings), Some more open areas with missions in daylight, Swimming and skydiving segments, 3v3 MP and Co-op modes (MP is less technical than the prequel?); Mini-maps, Have to wait in some missions (can't speed up time), Difficulty options, No shop?, Save anywhere, No revisiting of previous areas?

Scarface: The World Is Yours (Multi, 2006/Wii, 2007) - 3D Open World AA/Crime Sim (see GTA), Dancing and decorating your mansion; No ability gating besides vehicles used for some missions?, Mini-maps

Metal Gear Solid: Portable Ops (PSP, 2006) - 3D AA/Stealth, See MGS 3, Recruit allies, No platforming besides jumping down? (can jump over some obstacles with the roll move), Some strategy aspects

Sword of the New World: Granado Espada (PC, 2006) - 3D MMORPG, TP View, Control up to 3 characters at the same time, Healing and basic attacks are handled automatically by the game, No platforming?, PvP in 3 layers (player, guild, city); No ability gating?, Get knocked out for a couple of minutes if you die?, Mini-maps