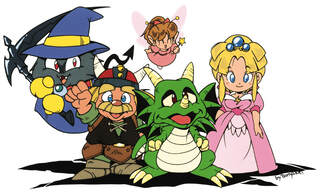 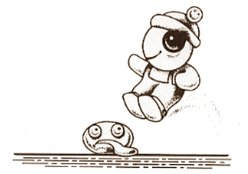 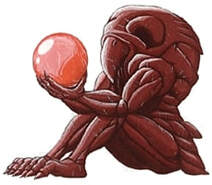 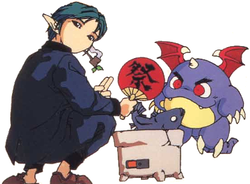 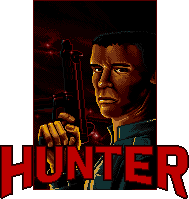 Hunter (AMI)(Hunter/Adventure mode) - WIP
Subgenre: 3D Open World TPS
Perspective: TP View
Movement Mechanics: Can swim near land
Other: No platforming but can jump out of vehicles while in motion (and parachute jump out of flying vehicles)

​Boat, truck, chopper and tank vehicles
Map w/ zoom feature (shows points of interest), can add locations by typing coordinates on the map screen
Day/night cycle (can use flares to light up the surrounding area)
Shops
Save feature? (anywhere?) 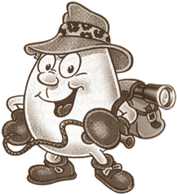 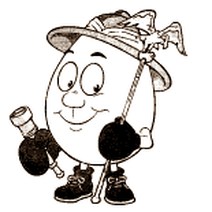 Spellbound Dizzy (Multi, 1991) - WIP
Subgenre: Puzzle Platformer
No save or password save?
No map?


Dizzy: Prince of the Yolkfolk (Multi, 1991) - WIP
​Subgenre: Puzzle Platformer
No save or password save until the 2011 remake
No map?
​
Playthrough - Video Review 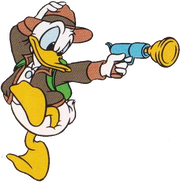 Quackshot starring Donald Duck (MD, 1991)
Subgenre: DuckTales-like Action Platformer except with some permanent upgrades that let you progress in new and previously visited areas (similar to Clash at Demonhead), Some maze levels and some dungeons
Other: Hub map
​
Playthrough - Video Review - Mini Review


Secret Scout in the Temple of Demise (NES, 1991)? - WIP
Subgenre: Killathon/Beat 'em up element (forced combat encounters with many enemies)
Gain some tools for exploration and traversal (wall grips for climbing walls, TNT for blowing up certain walls and jumping higher through damage boosting, dark rooms require torches)
Map (shows where you are and dark rooms)?
No save or password save
​No fast travel (one minor shortcut, plenty of backtracking) 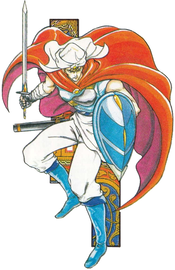 
​Captain America and the Avengers (NES, 1991)
Subgenre: Very similar in structure to Bionic Commando or GI Joe: Atlantis Factor (Hub map), Collectathon (a hidden key crystal in each level)
Other: 2-player vs. battle mode (can select bosses here)
No new abilities/tools gained over the course of the game for use within levels
​Two different playable chars (Captain America and Hawkeye - start off separated but once joined they can be switched between during a level; can float on water and stand on spikes using the shield+attack downwards in mid-air+dash/charge+cling to various objects as Captain America / Shoot in 5 directions as Hawkeye, Iron Man and The Vision aren't playable despite being on the box and in the manual)
HP & AP upgrades (collect gems)
​Losing a life means the hero you were using is captured and imprisoned on the other side of the map (leads to backtracking) - losing both costs a continue
Can exit a level at any time and replay beaten levels
Can move past cities on the map with a Jet after beating the Las Vegas level (far into the game)
​​No save or password save
No level maps 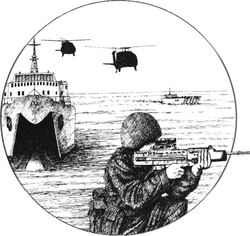 Midwinter II: Flames of Freedom (ST/AMI, 1991/PC, 1992)
Subgenre: 3D Action Adventure, Mission-based (assassination, sabotage, recruitment, rescue, destruction of particular enemy unit or seizure of vital documents​; overall goal is to liberate a number of slave islands)
Perspective: FP View
Movement Mechanics: Underwater swimming, Parachuting, ​Leap move (not sure how close to a jump it is - might only be used to enter vehicles?)
Other: Area/scenario selection map (all scenarios are playable from the get go?), Many different vehicles: Tank, jeep, boat, truck, chopper, airplane, zeppelin, balloon, bus, train, crawler, submarine, minisub, ship, flying boat, flying sub, hovercraft
Save in-between missions
Island and world maps, Detailed info on each island in the manual
​Autoroute/pilot and Quick Time/Fast travel options
​Day/night cycle
Resting mechanic
Unit position tracker (god's eye)
​Changing psychological profile based on your actions when meeting NPCs (Charm, Sex Appeal, Bribery, Threats, Reason, Pleading, Authority and Deception) - used for persuading NPCs
​Physical stats "may change over time"? (Reflexes, Endurance, Sturdiness, Recuperation, and Stamina)
​Can cut off enemy supply routes (later used in Outcast)
​Some traitor NPCs ("having betrayed you once, a traitor will never betray you again - he is terrified of your taking revenge, and will do all he can to help you.")
Encounter enemy and neutral vehicles while traveling
Stealth element (enemies can search for and find you going by your footprint/vehicle trace - after a certain point they'll time out and stop searching, it's possible to sneak up on certain types of enemy vehicle from behind)
Some tool gating besides vehicles (explosives and mines for buildings, sniping rifle?, rocket pack)

Playthrough - Video Review
​
​​
​Clystron (C64) - Collectathon (components for the Clystron/teleporter)
Gradually opens up as you find more components for the teleporter, Walker/mech avatar
No upgrades?
No save or passwords and no map? (very short game though)

Metal Mutant (AMI/ST/PC, 1991) - Maze Platformer/Puzzle Platformer?
​Transform into three forms (humanoid robot - grappling hook (see Batman on MD), robot dinosaur - can gain a force field (can't move while using it) and launch a robotic bee drone which disables can pull certain switches, tank - heavy firepower)
Save+health restore points
Some ability upgrades via cartridges used on computer terminals
The HUD gives basic info on some enemies and nearby hazards
​
James Pond 2: Codename Robocod (Multi) - Hub area, Partially non-linear (many secret exits, choose between two worlds at a time, worlds 1+4+8 can be skipped and world 7 can be done out of order), Many maze levels
No permanent upgrades gained (besides being able to increase your HP above the default 3)
No level maps until the NDS version which features a mini-map on the second screen
No save or password save until the GBA version (newer versions also have different levels)