1982｜​1983｜1984｜1985｜1986｜1987｜1988｜1989
​
​Brain Breaker (Sharp X1, 1985)(untranslated) - WIP
Subgenre: Mech Action
Movement Mechanics: Flight via jetpack
​
​Intro gameplay is similar to Super Metroid in terms of its environmental storytelling (first area seems abandoned until you find a weapon and return, at which point the enemy robots are activated)
Save feature
Warps/teleporters
EMP gun (called brain breaker, also disables force fields, neutralizes a tank which can then be used as a vehicle)
Destroy building walls with a certain gun and with a late game power
Can pick up and drop items (used in a certain puzzle)
Can communicate with a computer on your ship for tips?
Explosions from destroyed land enemies create small craters in the ground
Can reach a God form of sorts by freeing a crystalline alien encountered some ways into the game (it'll give you (temporary?) invincibility, the ability to fly and to destroy walls and floor tiles with your body) - the abilities given are needed to destroy the central computer and beat the game?
Elevators
​No map?
Linear structure in that all the upgrades are required?
​​
Playthrough - Review 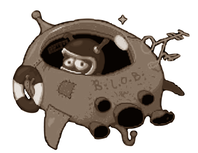 Starquake (Multi, 1985)
Subgenre: Maze Platformer/Collectathon (collect 9 items with which to repair the planet core)
​Movement Mechanics: Platform stacking replaces jumping (can place one while falling though), ​Flight via hover pads/flying platforms (can't pick certain items up and do some other things while using one though, needs to be parked at docking stations to allow you to step off of them), 8-way aiming while flying these - No other tools gained
​ ​​
Playthrough (ST) - Review Samples 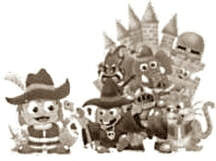 Temporary scuba gear lets you move through water
Platforming and physics puzzles
Basic mini-map (shows the world layout and which rooms you've visited)
Color coded keys and doors
? No save feature?
NES ver.: More linear and you don't need to save every key


The Castle (Multi, 1985) - WIP
Subgenre: ​Puzzle Platformer
Same as Castle Excellent except for the different layout? (this is the prequel)


Zorro (C64 etc, 1985) - WIP
​Subgenre: Puzzle Platformer
No permanent upgrades?
​Object interaction
Some physics-based puzzles
Can only carry one item at a time
No map?
? No save or password save?
​
Playthrough - Review Samples

Cauldron (C64, 1985) - WIP
Subgenre: Collectathon-lite (collect 6 ingredients to mix a potion with)
Movement Mechanics: Limited flight (MP-fueled)
​No permanent upgrades/tools besides the potion which lets you beat the boss
MP refill points
No maps?
No save or password save?
​
Playthrough - Video Review
​ 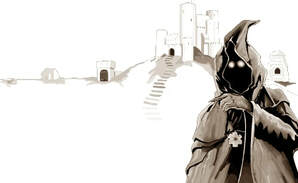 ​Platforming and elemental puzzles
Upgradeable life/energy bar (collect flasks and solve puzzles, lose life slowly while underwater; also serves as ammo for your attack spell)
No other permanent upgrades (you do have some persistent tool items like the springs though which you can move around and use in various places, some items disappear after use)
Very limited inventory (2 items)
Color coded doors and keys
Auto-teleport to where you entered a room if you take a lot of damage (sometimes good, sometimes not)
Respawning enemies (when leaving the room they spawned in)
​No map - does display room coordinates relative to the starting room (main hall)
No save or password save?
​
Playthrough - Description 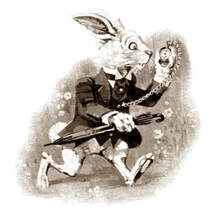 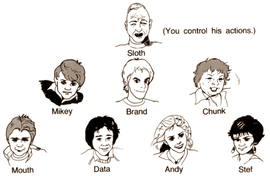 The Goonies (MSX, 1985)
Subgenre: ​Maze Platformer/Proto-PA (level-based)
Gear carries over to the next level
Some traversal/exploration abilities gained (bombs to open skull doors and spring shoes to reach a hidden warp from stage 3 to stage 5)
Password save which doesn't save your items...
No maps?
​
Playthrough - Review

The Arc of Yesod (C64/Spectrum, 1985)
Subgenre: ​Maze Platformer/Collectathon (need to collect 8 crystals to open the door to a monolith which must be destroyed)
Can send out a small droid and shoot laser projectiles with it (destroys enemies and opens certain doors - some of the doors are hidden and there aren't any clues to their location afaict)
Teleporters
No map?
No save or password save?


Nodes of Yesod (C64/Spectrum, 1985)
Subgenre: ​Maze Platformer/Collectathon (need to collect 16+ "alchiems" here and then touch the monolith)
​Can send out a small mole here and dig through certain walls (there doesn't seem to be any clues as to where you can dig though)
No map?
No save or password save?

Castle Quest (BBC Micro, 1985)
Subgenre: Puzzle Platformer
No permanent abilities gained but items are persistent
Item inventory (Can drop items and pick them up later on)
Can throw blocks to make torches fall down or place them somewhere to use as platforms
​Sword duels (not sure how interactive they are)

Doriath (C64, 1985)?
Subgenre: ​Maze Platformer
Enemies are weak to specific spells but they all function the same, Key gating otherwise (check the effect of potions changing the color of mushrooms and potions that grow plants)
​Named rooms
Manually controllable projectile spells
​One riddle (tells you how to beat the final boss)


Doctor Who and the Mines of Terror (Multi, 1985)?
Subgenre: ​Puzzle Platformer
Can program a pet cat to perform various actions for you (similar to gambits in FF12)
Item inventory (4 items and 4 markers used for the cat)
​Some breakable walls
​
Walkthrough (CPC)
​
​
Tritorn (Multi, 1985)
Subgenre: ARPG (No equipment management or friendly areas)
Save feature
Ability gating? (walking faster is one gained ability)


Finders Keepers (PCs, 1985)
Subgenre: ​Puzzle Platformer/Maze Platformer/Maze Action, ​Trading
Perspective: Side View/TD View hybrid (some TD rooms)
-Two ways to beat it (fetch the present or escape the castle)
-Item inventory (any ability gating via these?)
-Can examine items
-Completion percentage indicator
-Teleporters
-No maps?
-No save or password save?

​Outliers:
​Dragon Slayer II: Xanadu (Multi, 1985) & Xanadu Scenario II: Resurrection of the Dragon (Multi, 1986?)
Subgenre: ARPG/Proto-Platform Adventure Hybrid (stat distribution in town when beginning, action-based character growth for spells and weapons, level up your char at temples)
Perspective: Side View (most exploration and the boss battles) & TD view Hybrid (regular battles and castles within dungeons are top down)
Other: One town, Shops in the dungeons, Tile-based movement
Linear structure
​​Pay to save or let the game auto-save at certain points
Dark rooms which can be lit with lamps
Some interesting gear (an elixir lets you revive from the spot you died (like Fairies in Zelda), spectacles to read an enemy’s status - default, invincibility rings (temporary?), a mantle that allows to pass through walls for a short time)
Basic karma system (a bit weird and unintuitive, need to keep it low to enter the final dungeon and get the dragon slayer sword as well as to enter temples in which you can level up, can lower it with poison but these items are limited)
Level gating (have to reach a certain level to get to the next dungeon)
​​Can escape from battles
​Nameable char
Which side you're attacked from matters
Limited enemies per dungeon
Hunger mechanic
Shows enemy HP and your damage output

Xanadu Scenario II: Resurrection of the Dragon: Plays like an expansion pack and is non-linear in structure (can explore any of the 11 dungeons however you'll get crushed if you start with the later ones), can sell back items here, weight mechanic (effectively limiting the amount of items you can carry)
​
Playthrough (MSX) - CRPG Addict Review

​
Everyone's A Wally (PCs, 1985) - Quest Adventure/Life Sim/Platformer, Side View, 4 different playable chars (switch while on the same screen), TD view Space Wars-like mini-game
-Goal is to finish a day’s worth of daily work for each character (Wally has to complete building a wall for example) which yields part of a password to a safe holding everyone’s wages
-Chars wander around a bit while not controlled