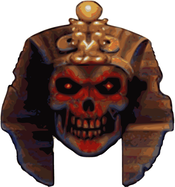 ​​
Tail of the Sun (PS1, 1996)?
Subgenre: 3D Open World ARPG/Management Sim (the main goal is to advance your tribe to the point of building a tower to the sun made of mammoth tusks, can choose how to allocate stats when leveling up your char and it will also affect the tribe as well - leveling up your legs makes you jump higher and leveling up your brain advances your tribe's technology for example)
​Perspective: TP View
Can eat killed animals
​Day/night cycle and fatigue mechanic
Very little platforming

​
OverBlood (PS1, 1996)?
3D-ish Action Adventure/Survival Horror (resource management, some puzzles)
Perspective: Can switch perspective on the fly (TP, FP, Overhead)
Movement Mechanics: Climbing and crouching
Other: Not much platforming
The robot (Pipo) following you around can enter small areas
Save feature (4 slots)
Maps are limited to computer terminals
​ 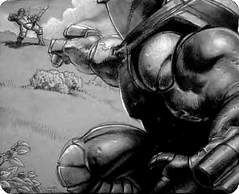 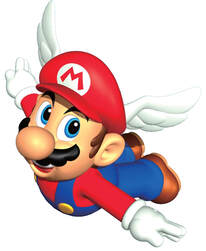 ​
Super Mario 64 (N64, 1996/NDS, 2004) - 3D (mainly TP view), Collectathon, Hub Area, In-game NPCs (some give basic quests)
No permanent abilities/tools gained but you do unlock persistent blocks which hold specific power ups that let you reach new stars (flight cap - limited flight, metal form - walk on the sea floor and temporary invulnerability, balloon form (NDS only) - temporary flight, temporary giant form (NDS only) - smash rolling boulders and invulnerability)
Some gating (need a certain amount of stars to progress at a few points)
Save feature
Basic map feature on NDS (vague top down view, rotates based on the camera, shows the current star's location)
New playable chars in the DS version which sometimes leads to alternate ways of getting to stars
Getting 100% unlocks a few things (special triple jump - doesn't let you access any new stars though and it's actually slightly lower than the normal one (the benefit is that you're invincible during it), access to the castle roof where you can talk to Yoshi (on DS there's a green rabbit here which gives you another key to the drawer of the Princess's rec room (mini-games)) and get a wing cap in the courtyard area, giant penguin which is faster in the penguin race (no new star though)) 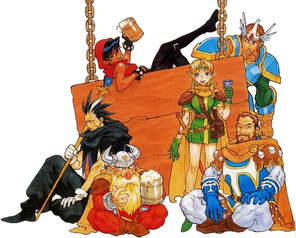