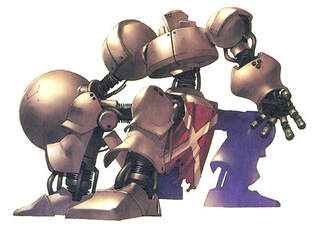 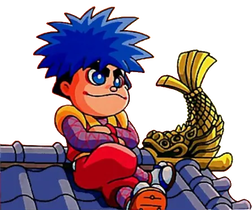 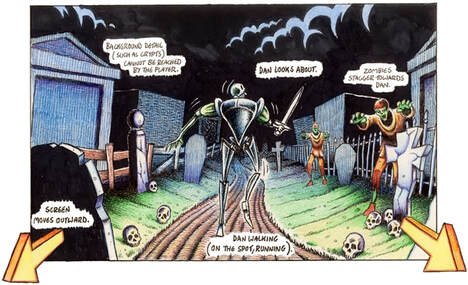 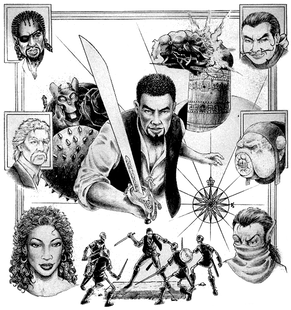 MediEvil (PS1, 1998)
Subgenre: 3D Action Adventure-lite/Collectathon (collect keys to progress), Killathon element (kill enemies to make an optional and hidden "chalice of souls" item appear - grants access to the hall of heroes where you can get extra rewards (weapons - the game is noticeably harder without them, gold, life bottles))
Perspective: TP View (sometimes the camera goes TD or near SV)
Other: Hub map (see SMW; some branching paths where you can do one of two levels in either order and sometimes you'll backtrack to use a key-type item in a previously beaten level to explore further into it), Shops (consumable weapons, temporary sword and shield upgrades) ​​
Playthrough - Video Review - Mini Review
​
​ 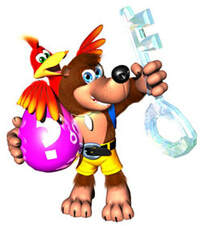 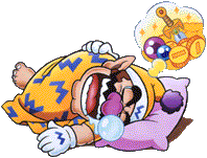 
Unreal (PC, 1998) - 3D, FP View (can toggle TP View with a cheat), NPCs and some fetch quests (give access to good items if helped (can't talk to them though?))
Linear structure with some backtracking for newly opened paths in previously visited areas
Some persistent tools used for traversal (flare (also used in a different way in the Temple of Vendora to find invisibility)/flashlight/searchlight for lighting up dark areas, scuba gear, jump boots (optional) - these only last for 3 minutes or 3 jumps while the super jump boots are permanent)
Some very large and open areas
Some upgradeable weapons
Text logs (System Shock etc.)

Spyro the Dragon (PS1) - 3D, Partially non-linear Collectathon Platformer w/ hub areas (free 10 dragons in the first area - doesn't take long, collect 1200 gems in total in the second - a bit tedious, linear progression in the final area), No permanent upgrades to unlock and no shops, Flight-based bonus levels (time limited; similar to Nights and Star Fox)
Frequent save points which also serve as checkpoints
Can exit levels at any point
​Extra lives, unlimited continues
One bonus level as a reward for getting 100% completion (the level is kind of boring but it does let you fly around freely)
Some decent puzzles
Different ending if you get 100% (not really worth it though)
No maps (the hub areas are fairly big and have no signs either but the levels themselves are generally easy to navigate, no course maps in the bonus levels)
Some points of no return in the levels (they're short though)
Only one attack type which can only be temporarily upgraded and only in a few spots (the sequels add new elements)

​
Sonic Adventure (DC/GC, etc.) - 3D Platformer, Hub areas (Need to unlock some stages via doors or switches, Human NPCs, a sidekick tells you where to go), Mixes in snowboarding/rail shooting/pinball/fishing (this one's optional)
Six different playable characters (unlocked as you find them throughout the game, not everyone can play each stage but they tend to have unique challenges to beat in each one that they can play)
Can replay beaten stages
Some hidden permanent upgrades (light speed shoes (lets you reach some new areas and the casino level - the game guides you towards these though) and crystal ring which reduces the charge time plus ancient light (use light speed attack on enemies) for Sonic, jet anklet and rhythm badge for Tails, fighting gloves for Knuckles which sadly aren't that useful, warrior feather (spin hammer attack) for Amy, jet booster and gun upgrade for Gamma, swimming and others for Big)
​Auto-saves between stages
Unlimited continues
Interact with items (pick up/put down/throw, use as keys), you can pick up NPCs as well
No hub world map to get a better overview, Basic radar system for Knuckles' levels
One hidden stage plus some rooms and items
A diary of sorts recaps what you've done in previous game sessions
Chao garden (Tamagotchi-style mini-game, collect the Chao throughout the game)
Time limited levels as Gamma
Some sequence breaking with the unintended (?) super jump (power up a spin dash at the bottom of a hill, let go and jump immediately)?
Points of no return in stages
​Need to redo all the in-between stages' exploration with Tails
​​
Playthrough - Video Review (story spoilers) - Mini Review


Montezuma's Return (GB/GBC, 1998) - Optional collectathon element (gems for points and extra lives, however this focus leads to several dead end rooms and paths if you're not interested in collecting the gems)
No tool items or abilities gained besides the torch which is essentially a lock and key style item, no stat upgrades or gear upgrades
​Decent map system with auto-mapper (shows the layout of each layer, shows only used room exits (except for doors between layers which aren't shown at all) and which rooms give you a password when unlocking the door in them (only one at a time, these guide you to the next sub goal like in Metroid ZM) - leads to having to memorize exits you didn't take while exploring, doesn't show the layout of each room though nor locked doors or items in them)
Partially non-linear (can't move between layer 2 and 3 without doing something?, some gating via locked doors and key type items, fairly open-ended level design),
Password save (only given when opening certain doors which though are rare, pretty short)
Layered world (Goonies 2)
Limited inventory (5, weapons are still single use only and used automatically by moving into enemies​)
Single HP avatar/one hit deaths - if killed by an enemy then that enemy also dies though
Extra lives system, frequent checkpoints (every room)
Can escape from boss battles and they don't replenish their HP
Burning ropes respawn when re-entering a room while enemies and items don't respawn
Die from falling more than about half the screen's length
Backtracking (no teleporters?)

Mini Review
​
​
Tail Concerto (PS1, 1998) - TPS/3D Platformer w/ some Action Adventure elements (towns and NPCs, hub map, one temporary ability upgrade, your bubble shot gets upgraded for the final area and boss, minor side quests (fetch quests))
Collectathon element (forced capturing of all cats in most areas)
​No persistent abilities gained
Mostly linear structure (hub map with manual movement (similar to Soleil except you have an airship here), can visit three other locations after beating the first boss (one is rather small though but unlocks a new area which you can explore later on) and then one more after a scripted scene) - gets linear after the mines/when going to Grimto around mid-game
Difficulty options (easy-hard)
Frequent save points (multiple slots, shows current location and time spent)
One timed escape sequence
Can't save healing items for later (can store whistles though which work like 1-ups and respawn you near where you died - bosses regain their health after using one), no health refill after beating a boss, frequent healing items until the late game where it suddenly stops
Falling into pits only hurts a little bit (see Zelda)
Some fall damage
​Mostly short and straightforward hostile areas and dungeons without puzzles
No HP or AP upgrades
No area maps besides the one in the mines
No journal/quest log feature (quests are optional)


Metal Gear Solid (PS1) - TD/TP/FP View hybrid, Mostly linear structure (plenty of required backtracking towards the end of the game (for the sniper rifle, yellow key card, reshapable key (re-used puzzle from MG2), etc.)),
No jumping
​Quick travel between some areas via the three delivery trucks
One hidden room with an optional item and several unlockable optional items and extras (one boss, soft porn scene, dialogue scene, briefly see through Meryl's eyes in FP mode)
One alternate solution to two problems (torture sequence - trial & error though, getting the wolves to not attack you)
Two different endings depending on if you submit to the torture or not 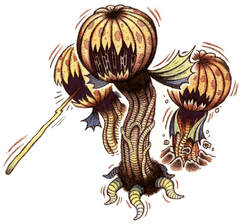