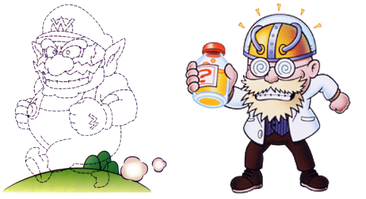 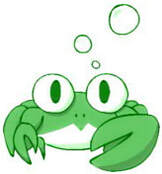 Wario Land 3 (GBC, 2000)
Subgenre: 2D Puzzle Platformer/Platform Adventure Hybrid
Other: Hub map (as you find and unlock hidden treasure chests you beat levels and see new levels or paths unlock on the map depending on what you found (basic environmental effects), several found items also change the level layouts a bit (for example the flute awakens the giant snakes in some levels), some branching paths), Minigolf mini-game (forced however there aren't that many levels where you need to play it)
​
Playthrough - Video Review - Mini Review 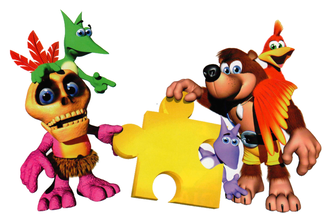 Banjo-Tooie (N64, 2000)
Subgenre: 3D Spyro 2-like/Collectathon (some notes in each level to be able to gain abilities - not a high requirement generally, jigsaw puzzle pieces/jiggies which unlock new levels - lower requirement than in the prequel but fairly high to reach the final area (70/90), Rescue mission - 1 jigsaw piece per full jinjo family found and rescued (9 families and each one has 1 more member starting with 1 member for the white family so 45 in total) - mostly optional if you just want to beat the game)
Perspective: TP & FP View Hybrid
Other: Hub area which is divided into a few parts, Many mini-games (a few are required, solve jigsaw puzzles to open levels), NPCs with fetch quests (there are many of these and some have several steps to them) and other minor quests
​ ​
Playthrough - Video Review - Mini Review 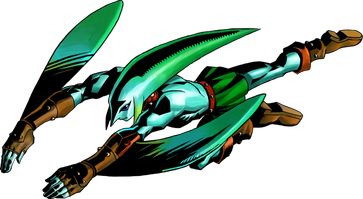 The Legend of Zelda: Majora's Mask (N64, 2000/GC, 2003/3DS, 2015 (Remake))
Subgenre: 3D Action Adventure, Repeats the collectathon tendencies in OoT (the wallets - need to store 200 in the bank to be able to carry more and finish the oceanside spider house in one day to carry 500 which is kind of tedious) and adds more (stray fairies/fairy parts - in dungeons leading to backtracking (for example you have to redo a switch puzzle in the stone tower dungeon to get to one) or really stressful gameplay, mushrooms for blue potions, fresh water for soft soil spots, gibdo fetch quests - have to fetch various items in the "beneath the well" mini-dungeon), Another added collectathon element in the 52 (!) heart pieces  (at one point in Ikana you need to have 16 full hearts to get to another piece)
Perspective: TP view w/ FP view aiming/looking while still, TD view during the one stealth segment
Other: More platforming via certain forms, Overworld & dungeons split, More developed time travel concept (you're stuck in a three day loop until the end (similar to Groundhog Day); you can now skip ahead by 6 hours or slow time down by 2/3 using versions of the song of time (can listen to stories in clock town to advance time a couple of hours but only during certain hours of the day) - more flexible on 3DS), Horse race mini-game returns and there's a Goron rolling race as well, Stealth sequence (swamp) that you have to redo from the start if you get spotted
​
Playthrough - Video Review - Mini Review
​
​
Blaster Master: Enemy Below (GBC, 2000)(Remix of the NES game) - WIP
Different level design and bosses (same backgrounds and mostly the same enemies)
Some new abilities and weapons
Password save 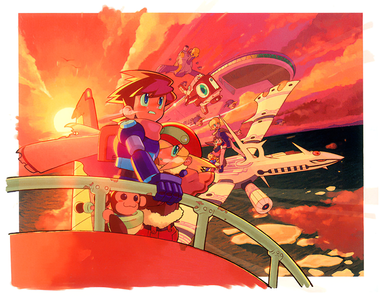 ​Mega Man Legends 2 (PS1, 2000/PC, 2003/PSP, 2005)
Subgenre: 3D Zelda-like Action Adventure/TPS (overworld and dungeons, towns and NPCs, shops, overworld encounters (same screen as during exploration) which can be escaped from)
Perspective: TP view
Movement Mechanics: Faster movement and longer jumps via the jet skates (automatic jumps via ledges or hills), Can lift some objects while not having a special weapon equipped (can throw some enemies as well as throw them into other enemies (can also grab and throw some bombs and projectiles but not others))
Other: Dual analog stick support and you can look around while moving here as well as move around while locking onto an enemy+you can switch lock-on targets, The main dungeons don't end up connecting to each other here, Upgradeable weapons and special weapons (5 categories) and health bar+health/energy tank and medicine tank (not the sub weapon energy (ammo)/hyper cartridge though), Sometimes interactive dialogue (can ask about a few subjects at certain points but not make any real decisions relating to the story or main progression), Optional pop culture/history quiz mini-game, Some missions outside of the dungeons (put out the fire, protect the base, fortress attack including a rescue/escape sequence, knock down the lava pillar with thrown enemies, train fight)

​
Outliers:
Deus Ex (PC, 2000)
Subgenre: 3D ARPG/Stealth/FPS Hybrid (Basic character creation with 11 skills and manual ability distribution (skills and augmentations, gain skill points and augmentation canisters as well as upgrade canisters from exploration and progression - skill points and augmentation upgrade points can be spent at any point while augmentations are installed by med bots at certain spots and you generally have to choose between two at a time), Basic dialogue trees), Mission-based (some revisiting of previous areas during new missions to open up new paths within them, some points of no return within some missions​), Immersive Sim (multiple solutions to problems, mostly open-ended areas)
Perspective: FP view
Other: Some basic shops (can't sell or trade your items), Ranged attack accuracy is dependent on waiting for the crosshair to shrink while aiming at something until you master your skill with a certain ranged weapon - makes a guns blazing approach less viable early on
Playthrough - Video Review - Mini Review

Paper Mario (N64, 2000) - 2.5D RPG/Platformer Hybrid (real-time elements in combat and platforming during exploration, manual stat distribution on level up, party-based, bought upgrades/badges add combat abilities and buffs (works like charms in Hollow Knight and takes up slots/badge points))
Mostly linear structure (maze dungeons)?
Gain new partners some of which let you reach new areas (can have only one active member which follows you around, can switch on the fly, koopa partner lets you fly over pits)
​Non-random encounters
Some badges help outside of battle (one of them helps you find certain items, dash speed and range upgrade)

Nox (PC) - Diablo-ish Isometric ARPG (3 classes, no stat distribution unlike Diablo), little platforming (can jump over some lava and some traps)
Semi-transparent mini-map
Teleportation (same area - only used by wizard class and for a couple of secrets in the whole game; the only real ability gating and it's optional) and invisibility spells
​Enemies can open doors
MP restoration points
Breakable walls
​Line of sight mechanic (Rogue/D&D: Cloudy Mountain)
Traps also affect enemies
Regenerating health (have to be still?)
Journal/quest log feature

Dark Cloud (PS2, 2000) - 3D ARPG (weapons gain exp)/Building & Management Sim Hybrid, TP View/TD View respectively, Survival element (resource management)
Linear structure until the end game where it opens up more and lets you do dungeons in any order
No ability gating?
​Switch between 4 chars on the fly
Can re-spec your build

Napple Tale: Arsia in Daydream (DC, 2000)(Untranslated)? - 2.5D Platformer/AA Hybrid, TP/Bird's Eye View, Hub Town, Crafting (Dolls/Pafets (a bit like Cyber Elves in MMZ) - action pathets are familiars, some furniture pathets are usable items like a camera and some are used to advance the story, some restore HP and some increase your life bar)
Linear structure?
Mini-map
Some maze levels
Save points within levels