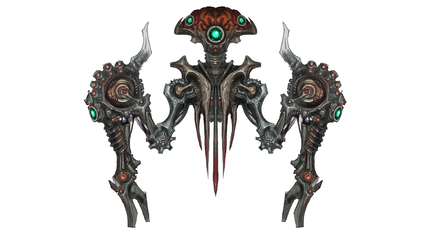 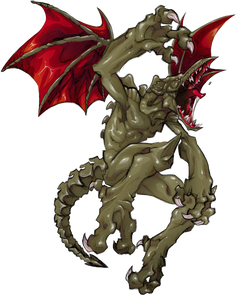 ​Metroid Prime 2: Echoes (GC, 2004)
Subgenre: 3D FPS, Collectathon element (3 keys per dark world sub area, 9 keys to get to the sky temple)
Perspective: FP view/TP View/Side View Hybrid
Movement Mechanics: Temporary underwater "flight" w/ gravity boost, 7 jumps in a row and wall jump at certain spots w/ screw attack, Ball form boost (also used for jumping and sometimes attacking), Climbing in ball form via magnetic rails and a few other surfaces, Swinging w/ grapple beam, Bomb jump (works like in Prime 1)
Other: Temple sanctuary is a minor hub connecting to three parts of the temple grounds area which in itself is a hub for the other areas, Parallel worlds theme (Zelda 3; some switches open up paths in the other or both worlds though this is a bit underused and you never gain the ability to travel between them where you want to, different enemies in each world and partially different layouts), 4-player MP mode (death match and bounty modes (find and steal coins), 6 arenas, didn't try it), Some NPCs (can't hurt them and nothing happens if you try), Some controllable turrets however the aiming is really slow, Some forced enemy encounters to open doors, Timed final boss (the escape itself is mostly shown in a cutscene), No stealth aspect here
​ Playthrough - Video Review - Mini Review 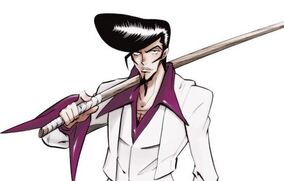 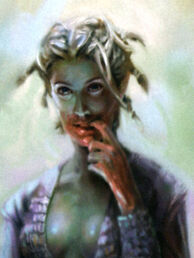 Shaman King: Master of Spirits (GBA, 2004)
Subgenre: Igavania-ish (features a soul system variation (AoS) which lets you combine up to 5 abilities/buffs at once (0-2 active and 0-5 passive abilities) as well as make 4 sets to switch between on the fly, back- and forward dashing, no exp point leveling - hp and mp+ability slot upgrades are found and gained after bosses), Collectathon element (5 guardian ghosts/silver spirits for the totem attack to break a barrier)
Movement Mechanics: Grapple hook, Dash jump (see Mega Man X)
​Other: Hub map (still have to traverse the distances shown on the map in-game to get to sub areas - even after completing a route you have to backtrack through it), Consumables shop which can be accessed via the hub map (can sell items), Small sheep transformation - moves quickly and reaches into smaller spaces but can't attack and doesn't last that long
​
Playthrough - Video Review - Mini Review


Vampire: The Masquerade - Bloodlines (PC, 2004)
Subgenre: 3D ARPG/WRPG (dialogue trees, reputation- and morality-like systems, detailed char creation where you choose your clan/class (affects story, NPC interactions and quests - can also go your own way) and starting stats (16 feats divided into 4 categories, 9 attributes, 12 abilities, 3 disciplines/spells which are predefined based on your class (some are also more like trees where leveling it up gives access to new spells), three types of damage resistance/soak), manual skill point distribution when leveling up, dodging/defense handled by dice rolls, critical hit rolls), Stealth element
Perspective: TP view/FP view hybrid (FP ranged combat, TP melee combat), TP or FP view toggle (zooms in and makes you invisible when up against a wall with your back and goes into FP mode in tight spaces) however the game automatically switches for combat
Movement Mechanics: Some platforming
Other: Hub map w/ four hub areas and some dungeon-like areas, Can choose between a quiz-style char creation (which you can then edit afterwards) or choosing everything yourself in the menus, Seduction/persuasion/intimidation mechanics, No exp points from killing regular enemies (get it from progressing quests and killing quest relevant enemies), One mini-game of sorts (zombie wave defense/survival mode mission), Three escort/fight alongside an NPC segments (pretty short), Two timed escape sequences (warehouse, society cave) and one non-timed one from grout's mansion, ​Lockpicking and hacking is based on if your skill is high enough and triggers a short timer where you watch it finishing

Kirby & the Amazing Mirror (GBA, 2004)
Subgenre: 2D Maze Platformer/PA-lite, Similar to Great Cave Offensive in Kirby Super Star (optional exploration for chests and alternate exits - what matters is finding and beating the bosses), One vertical scrolling shooter boss fight
Movement Mechanics - Flight, Underwater swimming, Air dash
Other: Basic hub area and branching paths within areas/levels (can replay beaten areas), 3 CPU allies (can call them up when needed to make them join you and they can help with combat and healing as well as a handful of minor puzzles but on the whole are underused in SP mode and they can also get in the way in several ways - costs phone battery life)/4-player Co-op (can split up), A lot of paths lead to mini-games that send you back to an area's hub afterwards, MP coop mode where you can teleport to each other or explore on your own (making the allies system more useful since you can help each other open up paths, can also keep going even if player 1 dies in this mode)
​
Playthrough - Video Review - Mini Review

The Legend of Zelda: Four Swords Adventures (GC, 2004) - 4-player co-op (requires one GBA per additional player..., when you split up by moving indoors you see gameplay on your GBA instead), Level-based and linear (level/area select map screen), Party-based with formations in SP, Platforming via Roc's Feathers (can also be upgraded for a double jump), Collectathon element (2k force gems to power up the sword and open the exit - some are worth 300)
​Keys are carried like pots or rocks here
​One player can only carry one weapon at a time

Paper Mario: The Thousand Year Door (GC, 2004) - 2.5D JRPG/ARPG Hybrid w/ Platforming (see the prequel), Many optional fetch quests, Mostly linear structure (maze dungeons)?
​Gain new partners some of which let you reach new areas (can have only one active member which follows you around but can switch on the fly, yoshi kid lets you fly over pits, madame flurrie can reveal some hidden pipes by blowing away obstacles, bomb partner)
Paper transformations which let you reach new areas (airplane, flat profile, rolling paper tube)
No mini-maps
​Some badges help outside of battle? ()
Can buy hints from a fortune teller
Battle audience mechanic
Random shop restocking mechanic

Super Mario 64 DS (NDS, 2004) - 3D, TP view, See Mario 64
​Temporary balloon form (NDS only) - temporary flight, temporary giant form (NDS only) - smash rolling boulders and invulnerability)
​Basic map feature on NDS (vague top down view, rotates based on the camera, shows the current star's location)
New playable chars in the DS version which sometimes leads to alternate ways of getting to stars
​Getting 100% on DS and going to the castle roof lets you find a green rabbit which gives you another key to the drawer of the Princess's rec room (mini-games)) and you can get a wing cap in the courtyard area

X-Men Legends (Multi, 2004) - 3D ARPG/Beat 'em up, TD view, Linear and level-based (you sometimes revisit previous levels), Party-based (select 4 from a larger roster to create a team, switch on the fly, can switch chars in and out of the team at save points), Escort and destructathon segments
​Some ability gating (create bridges, flight)
Semi-transparent mini-map

Prince of Persia: Warrior Within (Multi, 2004) - See the prequel, More hack 'n slash focused (many combos, dual wielding option, can pick up and use enemy weapons, more bosses), Some chase segments (get chased by the main villain), Somewhat less linear (hub area and backtracking to previous areas (usually in different time periods?) - these change in some ways when you do, hidden challenge areas for HP upgrades), No escorting here
​Can gain haste+slowed down surroundings abilities based on power tank collection but you don't gain new moves over the course of the game (start with more moves instead)
Save points don't give clues to the next puzzle here
Healing points (fountains)
Draining life in the end game
​No mini-map - no maps at all?

Forgotten Realms: Demon Stone (PS2/PC/XB, 2004) - 3D ARPG/Hack 'n Slash, TP view, Linear, Switch between 3 chars on the fly (party-based, the other two are CPU controlled like in SoM)
​Ability gating in that only 1 char can jump

Baldur's Gate: Dark Alliance II (PS2/XB, 2004) - See the prequel, TD view, 2-player Co-op, 5 chars/classes, Can choose which order to do some levels in, Some platforming
​No ability gating?

​
Breakdown (XB, 2004) - 3D FPS/FP Beat 'em up/AA/Survival, CPU ally, Linear structure but interconnected world?
​Minor ability gating (gas mask)
Starts with you vomiting in the intro scene for some reason
​Have to lean down to pick up items

Tenchu: Fatal Shadows (PS2, 2004) - See the prequel, 2 playable chars (ayame and rin), No 2-player?, No shops? (find items or get them as rewards after missions)
​Some exploration/traversal tools (Chameleon and invisibility spells, Hand Claws - cling to walls, some decoy and stunning tools, start with a grappling hook)

The Incredibles (Multi, 2004) - 3D AA/Beat 'em up w/ Platforming, TP view (FP aiming mode), Level-based and linear (level select menu)?, 4 playable chars (each one has their unique levels and abilities, violet only gets one level and it's stealth based)

The Suffering (PC/XB/PS2, 2004) - 3D AA/Survival Horror, TP/FP view hybrid (switch at will), Level-based and linear, Basic morality system affecting the ending, Minor platforming
​No ability gating?
​Transform into a beast after killing enough enemies (using it too much can kill you and affects the ending) - not used for gating?

World of Warcraft (PC, 2004) - 3D MMORPG (Real-time battles and exploration), TP view, Jumping but little platforming?, Mounts (hippogryph can fly, horses, tigers, raptors; some have been removed), Cooking and fishing, Optional PvP combat
​Maps and mini-maps
"corpse runs" after death (similar to Diablo) - as a ghost/wisp run back to the location you died at (can also resurrect at a graveyard but you reduce your armor/weapon durability by 25% and incur ten minutes of resurrection sickness which further hinders your abilities)
​Fast travel via vehicle routes (or you or someone else at a high level teleporting you)

Metal Gear Solid 3: Snake Eater (PS2, 2004) - 3D AA/Stealth, No platforming besides falling down in a few spots (no jump button)

Katamari Damacy (PS2, 2004) - 3D Action Puzzle/Collectathon/AA (roll every loose object into a sticky ball to make it grow - its size determines how big the objects you add to it can be), TP view, Level-based and linear (level select screen, open ended levels); No mini-map?, No ability gating and no power ups, Diameter eyeballing mode (try to get the ball as close as possible to the objective),

Star Ocean: Till the End of Time (PS2, 2004) - 3D ARPG, TD/Bird's eye view, No platforming besides falling down some holes (can't jump outside of battle)