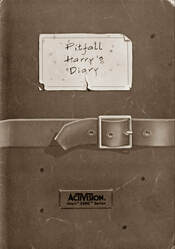 Below the Root (Multi, 1984)
Subgenre: ​Quest Adventure/RPG hybrid (5 different playable chars with a few stats and starting positions, learn skills over the course of the game (heal, grunspreke, kiniport), NPC interaction, verb-based world interaction via a menu, item inventory)
Movement mechanics: Hover jumping, ​Can run but it's initiated by jumping
Other: Day/night cycle, Fatigue and hunger mechanics (days are divided into a few times of day such as early afternoon and you rest through one of these each time you rest - you also grow slightly more hungry each time), ​Flip screen (no scrolling), Violence (using the sword on people or animals/insects) makes you lose spirit levels and unable to use certain spirit skills
​
Playthrough - Video Review/Overview - Mini Review

No permanent upgrades (and the balloon only sort of counts as a temporary tool to traverse some rooms)
Optional checkpoints
Can't attack
No map?
No save or password save?
​
Playthrough - Video Review 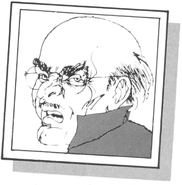 ​Map feature (auto-mapper, displayed in the GUI while in elevators)
No direct attack or permanent upgrades/tools
Code deciphering puzzle
Random generation elements
Optional tips from a portable PC item
No save or password save?

Montezuma's Revenge (Multi, 1984) & Panama Joe (Spectrum, 1984)
Subgenre: Collectathon
​
Playthrough - Video Review/Retrospective
​
​
Journey to the Centre of the Earth (C64, 1984) - WIP
Subgenre: ​Collectathon (11 treasures)
​
Item inventory (7 slots)
Persistent items and some are used more than once (jug which can be filled with water or oil, boomeregg - teleports you to where you picked it up, umbrella protects against falling rocks)
Locked elevator
Some teleporters
Blow up floors with dynamite
Climbing
Oxygen mechanic underwater and oxygen pills
First game with corpse runs? (collected items are dropped after dying and can be collected where you died)

​
Underwurlde (Spectrum, 1984) - WIP
Subgenre: Maze Platformer/Collectathon-lite (need three specific weapons to destroy certain barriers in the form of guardian creatures)
​
Extendable ropes which you can also swing back and forth with to achieve longer momentum-based jumps (these all seem to be preplaced)
Item inventory (three items)
Can put items on the ground and have them stay there for later use (there doesn't seem to be a point to this though?)
No map
No save or password save
Can only die from falling more than two screens down
Four different weapons but the projectile behaves the same except for the torch which fires bouncing fire bullets
​Birds can pick you up and drop you off elsewhere (randomly? Only useful to get out of a couple of dead end pits)

Run For It (AII/Atari 8-bit, 1984?) - WIP
​Subgenre: Multi-Screen/Flip Screen Exploration-Based Platformer/Maze Platformer
​Adjustable jump height
Named rooms (a1, b1, etc.)
Moving and disappearing/reappearing platforms
Move while crouching
No puzzles or upgrades?
No inventory?
​No map?
No save or password save?
​
Playthrough - Find Review
​​​​

​
​Volcano Hunter (TSR-80)?
Subgenre: Maze Platformer?
​"It's lacking in plot keys/upgrades but otherwise fits the bill with a world map made up of over 200 interconnected screens"; https://m.facebook.com/VolcanoHunter/


​Pyjamarama (PCs, 1984)
Subgenre: Maze Platformer/Puzzle Platformer
Other: Lives system
-2 objects can be carried at a time and some must be used in tandem, while others only become active when you walk over them while carrying one or two items they require to become active

​
Bruce Lee (C64 etc., 1984)
Subgenre: Maze Platformer/Collectathon (lanterns to unlock doors)/Proto-PA, Flip Screen
Other: Hub area connecting to levels (some are somewhat maze-like), 2-player co-op mode (2nd player controls the sumo)
Almost fully linear structure (can do minor parts of some levels out of order)
No abilities gained or ability gating
Background ladders
Lives system (can find a couple more during the game), Frequent checkpoints (same screen) and collection progress is kept
Can avoid most combat (can also crouch to make enemies hit each other)
No save or map features
One basic puzzle-like boss fight (hit the switch)

​
Outliers:
Conan: Hall of Volta (Multi, 1984) - Maze Platformer/Puzzle Platformer
Controls better on Atari 8-bit
Same screen teleporters (also teleports enemies)
Minor switch puzzles (the gem holders) and one physics-based puzzle (the lamp which can be made to crash on a machine),
Somewhat more realistic environments for the time
No map?
No save or password save?
​
Jet Set Willy (Spectrum, 1984/Atari, 1986) - Multi-Screen Maze Platformer/Collectathon (83 items), Avoid enemies/hazards gameplay
Interconnected world (fairly large for the time at 60 screens)
​Named rooms
No map
No save or password save

Sorcery (C64/Multi, 1984) - Maze Platformer (Flight-based, can't jump?)/Proto-PA?
​Key gating, screens are named in the GUI, need one of three objects to beat the boss, no save and no map? (short)

Skool Daze (Spectrum, 1984/C64, 1985) - Action Adventure/Puzzle, Side view gameplay w/ minor 2.5D elements (stairs and chairs), Collectathon (pieces of the code to the safe), No platforming
-Have to follow school schedules each day
-Living/active game world - events take place around you regardless of what you do
-Can hit teachers from behind to stun them