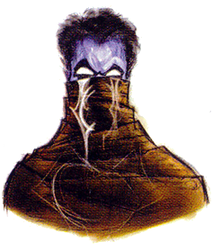 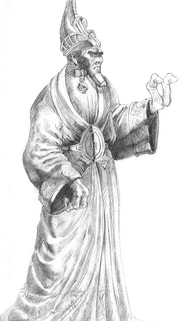 Shadow Man (PC/DC/N64/PS1, 1999)
Subgenre: 3D TPS/Collectathon (dark souls to increase your level which in turn lets you unlock doors leading to other areas and special items (95/120 are needed and some are pretty well hidden), three pieces for the l'eclipser which lets you kill the bosses and explore their areas, 500 (!) red pots/cadeaux to upgrade your life bar fully - optional but I'd recommend 200+)
Perspective: TP View w/ FP View aiming mode
Movement Mechanics: Underwater swimming
Other: Some separate areas, Some dungeons, Horror theme
​
​Playthrough (PC) - Mini-Review (N64) 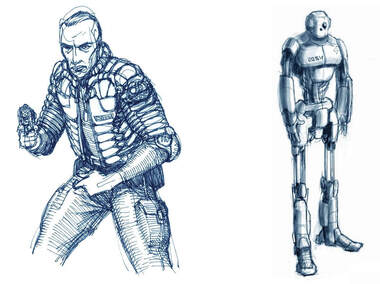 System Shock 2 (PC, 1999)
Subgenre: 3D Action Adventure/ARPG (stat upgrades, 3 classes w/ different stat boosts and starting cyber modules/exp points picked in the beginning - marine (weapons and stats focused), navy (tech skill focused), OSA agent (psi power/magic focused), manual stat and skill point distribution at upgrade stations (generally 2-3 per floor/deck) using modules gained through sub quests and exploration)/Survival Horror, Computer hacking (besides disabling security (cameras and turrets) and opening some doors you can steal from vending machines/replicators and with lvl 3 hacking you can hack turrets to make them fight for you), Minor Stealth aspect to the camera system here (get a short warning period before the alarm goes off, can hear them and can move outside of their sight range which includes directly below them)
Perspective: FP view
Other: Vending machines/replicators (can't sell items however you can use a recycler item or the molecular transmutation psi power to turn some of them into money/nanites), Weapon deterioration and repairing, Weapon modifications, Coop mode via LAN (where different characters can complement each other, Multiplayer turns normal mode into hard mode), Checkpoints/regeneration chambers and recharge stations (for energy weapons/special batteries/implants/powered armor)+surgical units/med beds for healing, Keeps the P&C Mode of SS1, Fall damage - reduced by increasing Agility, Weapon recoil - also reduced via Agility, Features NPCs killing themselves and some other disturbing scenes
​Some notable cons:
Playthrough - Video Review - Mini Review

Spyro 2: Ripto's Rage! (PS1, 1999/Multi, 2018 (Remake))
Subgenre: 3D Collectathon Platformer (Need ~4000 gems in total which is 40% of all gems - note that most are worth more than 1) and 40/64 orbs to get to the final boss, need 10+ spirit particles/glowing spheres per level to unlock its power up)
Perspective: TP View (w/ near-FP view free-look/aiming mode)
Other: Hub areas, (Mostly) flight-based bonus levels
​
​Playthrough - Video Review - Mini Review 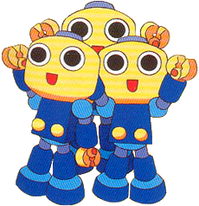 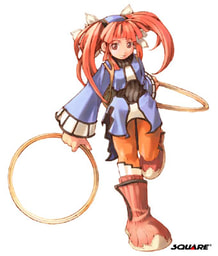 The Misadventures of Tron Bonne (PS1, 1999)
Subgenre: TPS/Dungeon Crawler/Puzzle Hybrid
​Perspective: TP View/FP View/TD-ish View hybrid
Other: Hub map for missions and menu hub for your home base, A few mini-games (for training the servbots and for money)
​
Playthrough - Mini Review

​
Threads of Fate (PS1, 1999)
Subgenre: 3D ARPG (Use-based stat progression for MP and HP (you can also buy HP and MP upgrades at a shop though it's expensive), Stat increasing items and dishes - STR and DEF are the only stats besides HP and MP)
Perspective: TP View (sometimes locked TD view or SV)
Other: Town hub w/ a gate bringing up an area/level select menu that grows larger as you progress, 3 forced side view platformer levels ending with mini-games (pretty short but you get sent back to the beginning if you fall down a pit here and there's a time limit), One short escort segment, Optional collectathon/grinding element (if you gave the legendary gear to Jargen then he can cook stat increasing dishes for you - these require killing 50+ of one enemy type each)
​
Playthrough - Video Review - Mini Review 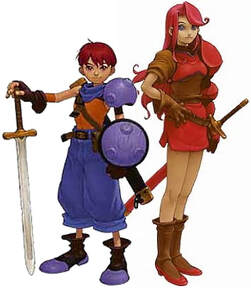 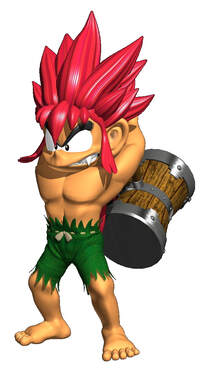 Alundra 2 (PS1, 1999)
Subgenre: 3D ARPG-ish (no exp point leveling) Clash at Demonhead/Zelda-like
Perspective: TP View (mostly TD though; 3 camera angle and zoom settings, angle is sometimes changed to a fixed side view perspective where you can only move left/right and sometimes it's a tilted view/beat 'em up style perspective where you can move freely)
Other: Hub map (popful mail-style except there's 2 entry points to each area and which one you'll use depends on which direction you came from on the map), One SV minecart segment and several mini-games (some mandatory), Timed escape sequence after the final boss
​
Playthrough - Mini-Review


Romancia ~Another Legend~ (PC)(Untranslated) - ARPG-ish, Remake (plays almost the same but includes the option to save anywhere and a narration mode which includes clues and other commentary at the top of the screen)

Crusaders of Might and Magic (PC) - ARPG, TP View


Rayman 2 (N64/PC, 1999/PS1/DC, 2000) - 3D Platformer, Collectathon, Hub Map, TP View w/ FP view free-look mode while standing still, Swimming, Some auto-scrolling segments, Button mashing bonus levels (optional)
​Can exit new levels via their entrances (can't exit beaten levels from anywhere though - a few levels do have an additional exit around mid-way however, single entry point to each level)
Gain one permanent movement ability over the course of the game (grappling hook swinging via floating O symbols/purple lums) - not used to backtrack and discover new areas in previous levels though
Upgradeable life bar via on foot racing mini-games found in some levels and freeing lums from cages (upgrades with each 10 cages)
Linear structure (basic hub map screen - there's a few sub levels (more like mini-games) but they are unlocked at the beginning of regular levels; the PS2 version replaces the map with several hub worlds but they're still linear and there are some issues with them - see notes in review)
Gain a charge attack some ways into the game
Saves collecting progress in levels (but not opened door progress for the most part), in media res beginning (escape from captivity - very short segment though)
Collectathon element (50 lums/energy shards (1000 in total) and 5+ cages per level - getting all of them is optional and the requirement to progress at a few points is pretty low (not sure how low but I never needed to backtrack to collect more lums), some rescued NPCs talk with you and help you progress, need 100% in a level to reach its bonus level though this is completely optional)
The spoken "help!" from cages is used as an audio cue to help a bit in finding them, no level maps
One alternate bad ending (keep the treasure when asked by Jano)
Minor sequence breaking opportunities using damage boosts to reach higher (more with glitches)
Can only save in-between levels but there are fairly frequent checkpoints within them and you also have infinite lives (sadly the photographer was replaced by a green lum/shard which isn't as visually interesting, can switch slots by pressing Esc when prompted to save, you only lose a bit of health from falling into pits or moving into other lethal hazards - then get sent to the previous checkpoint reached; in the later PS2 version you can save at the beginning of each sub area of a level)
Long levels overall and they usually feature some optional detours for items
Decent timing puzzles and basic ricocheting bullets (Turrican?) puzzles, Basic switch puzzles
Unlock more lore as you collect lums/shards (pretty shallow and presented in text form though)
Some quest-driven progression (have to learn the name of a sub area within a level from a later level to enter it and get an item for an NPC who then helps you progress, no magic seed (grow plants) ability - this is handled by Globox instead which is a temporary helper)


Silver (PC, 1999)
Subgenre: 3D-ish ARPG/Hack 'n Slash (static camera angles, pre-rendered backgrounds, use-based spell levels - 3 per spell/orb, shield deterioration - can't repair, critical hit chance), Killathon (often can't even go back to a previous room within a sub area until you've cleared the one you just entered)
Perspective: Mostly TD and Isometric or Bird's Eye view, Otherwise TP View
Other: No platforming, Mouse-driven beat 'em up/hack 'n slash combat (quick attack/swing left or right/lunge forward and stab/back attack moves with LMB and directional movement while holding ctrl; block and dodge with RMB), Fight alongside 2 CPU controlled NPC allies after the intro gameplay (similar to Secret of Mana but can't configure their behavior as much and they're more passive when not controlled directly), Shops (food, info, items; traders restock once in a while) - can't sell items though, Can choose not to let party characters join you when you meet them as well as switch between chars at the camp (they level up while outside of the party)
Playthrough - Video Review - Mini Review