1986 (The Legend of Zelda, Dragon Quest, Cholo and Starflight are released)

Metroid (FDS, 1986/NES, 1987)
Movement mechanics: Bomb jumping (your own bombs don't hurt you - they only push you upwards slightly if still which can be used to reach higher in some spots)
​Other: Escape sequence
​
Playthrough - Video Review - Mini Review 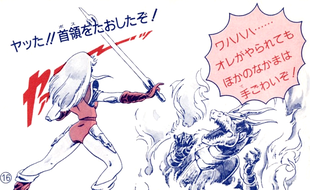 Space Hunter (NES, 1986)(Fan translated)
Perspective: Side view and TD view hybrid (similar to Blaster Master)
Movement Mechanics: Flight-based movement, Swimming on one planet
​​Other: Hub area/overworld (galaxy hub map of sorts, can move around but not get hit or attack anything)
​
Playthrough - Review​ - Mini Review 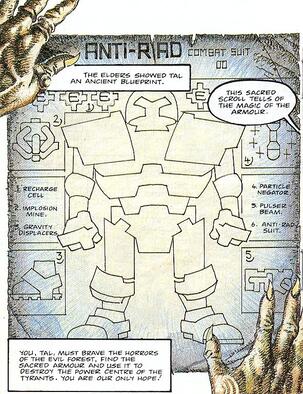 The Sacred Armour of Antiriad/Rad Warrior (C64 etc, 1986) - WIP
No save or password save?
Collect an upgradeable suit some ways into the game (the suit allows flight after you collect some parts for it, you can also remove the suit if you want (leaving it where you took it off - have to do this if its power is depleted or to pass certain barriers, it can't be destroyed))
No map?


Cauldron II/Cauldron 2: The Pumpkin Strikes Back (C64, 1986) - WIP
​Subgenre: Collectathon-ish (collect 2 (?) ingredients to mix a potion with)
Movement mechanics: Bouncing ball avatar and physics (see Within a Deep Forest)
Energy (includes weapon energy) restore points
Most items act as protection from specific attacks or keys rather than giving you a new move or attack to explore more of the castle with (the one exception is the magical star which lets you shoot in 8 directions and it's a soft gate)
No save or password save?
No map?
​Randomized starting location (8 different ones, 4 on C64) 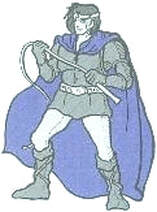 
Arac/Spiderbot (C64/AII/PC DOS, 1986) - WIP
​Subgenre: Catching/Trapping
Other: Time limit
​
Collect three robot parts to be able to transform into a spiderbot (can climb on the ceilings using a reverse gravity jump, can be toggled on and off, shoots a ricocheting projectile in three (?) directions)
The spiderbot drains health when used which can be regenerated in regular form
Catch creatures and use their powers to enter new areas (five different creatures which you can capture more than one of; big brown bug - digs through dirt, green butterfly - super jump, manta - blocks a sensory system to prevent guards from coming for a few seconds, jellyfish - not sure, pink "rabbit" - used as a key of sorts at one point)
Randomized starting location
Completion stat based on how many rooms you visited
No map?
No save or password save?

​
Fist II: The Legend Continues (C64 etc, 1986) - WIP
Subgenre: Beat 'em up (tilted view gfx but side view gameplay)/Maze Action/Proto-PA
Upgradeable HP (collect scrolls and pray at shrines)
No tools or moves gained that let you explore more of the world
Some breakable walls
No save or password save (no checkpoints either)
No map?

Bouken Roman (MSX, 1986) - WIP
Subgenre: Maze Platformer/Puzzle Platformer (Linear and level-based but each level plays like a mini-Platform Adventure, only Es (ammo) and the red+blue pills/discs (HP) carry over to the next level)
​
Basic map feature (shows the world layout and your location but nothing else)
Hidden doors
Teleport back to beginning item (W)
Item inventory (3 items)
? Save or password save? 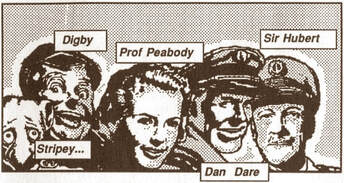 Dan Dare (C64 etc, 1986) - WIP
Subgenre: Quest Adventure hybrid, ​​Hostage rescue+search & destroy mission
Other: 25 min time limit (2 mins to escape to the planet's surface at the end)
No jumping?
Mostly linear?
No need to backtrack and use a tool/weapon in a previous area?
An alien pet/mascot follows you around (can make it pick up some objects that you can't reach by throwing a fruit)
Fairly advanced object interaction for the time
High and low attacks+blocking in melee combat (a bit like Zelda II)
No map?
? No save?
​
Playthrough - Video Review 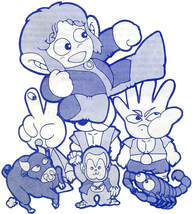 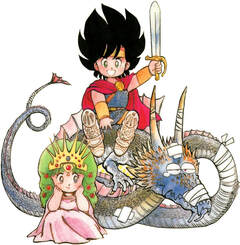 
​Saboteur (C64 etc, 1986)
​Subgenre: Proto-PA, Maze Platformer/Stealth hybrid (guards will chase and attack you if they see you or if you make too much sound, minor element though as most will see you as you enter a screen)
Other: Time limit (less than 3 mins on any difficulty level to place the bomb and retrieve the data disk and then 1 min to escape to the chopper but the game is very short)
​ ​
Playthrough - Review


Thunderstruck (BBC Micro, 1986)
Subgenre: Maze Platformer/Puzzle Platformer
Persistent items (can pick up and place items and have them stay where you put them)
Elevators
Single item inventory?

Atlantis No Nazo (Mystery of Atlantis)(NES, 1986)
Subgenre: Maze Platformer/Proto-PA
Partially non-linear (multiple level exits, some doors warp you several levels ahead - SMB, can't tell which door leads where)
One hit deaths and death pits (some pits warp you to hidden levels - finding them is a matter of trial & error)
Some permanent abilities can be gained however they are optional (shoes which let you stand on clouds, bulb - see in the dark briefly after using a bomb, S/Super Bomb - smart bomb, mic - lets you speak into the 2nd famicom controller's mic to freeze enemies, star=permanent invincibility (!) besides from your own bombs and pits)
​No continues or save feature (100 levels in total though it's unlikely you'll visit all of them)
No map feature
​Can open doors and make hidden doors appear with bombs but not break walls or other obstacles
Your own bombs can kill you
Time limit in each level (clock power up - slows down timer)

Outliers:
Mind Walker (AMI, 1986) - Puzzle/Action Adventure, Tilted view/TD view/FP view hybrid
No jumping
​Four chars (switch below the floating pyramids)
Fairly detailed map feature
No new moves gained over the course of the game?
Unusual gameplay (in the tilted view segment each char must build a path from a crystal to a special square located somewhere in the brain, each char can connect only one type of platforms)
You use a sound queue to find your way in the TD segments (repeats faster the closer you get to the goal)


Livingstone, I Presume?/Livingstone Supongo (C64/ST/PC, 1986/Multi, 1987) - Puzzle Platformer w/ tool gating (pole-jumping), Collectathon (5 crystals)
​You never backtrack/sidetrack for more than a single screen
​No map and no save? (short game though)

​
King's Quest III (PC, 1986) - Quest Adventure w/ Stealth elements
No jumping via button input (text commands only and only used in a few situations) but can transform into a fly or eagle to manually fly and reach new places on the same screen
​Teleport to visited tiles on the world map (magic map)
Open ended beginning
​Save anywhere outside of a cutscene
Basic journal feature

Woody Poco/Woody Poko (PC-88/PC-98, 1986/FM-7/NES/MSX, 1987) - Maze Platformer w/ ARPG/Action Adventure elements (level-based), Tilted View (see Double Dragon)
Hunger mechanic
Shops are only open at certain times of the day - sleeping at inns makes time fast forward
Seasons change in accordance with the in-game clock
The use of an item sometimes changes depending on which hand you hold it in
Some other innovative mechanics (gamble, bribe other characters, can steal items from stores but Poco's appearance will be altered in the process and shops will stop doing business with him)
Many optional tunnels?
Dark rooms (Zelda II?)
Can perform long hover jumps using an umbrella (several screens on NES)
Some large sprites
Modern setting with some fantasy elements
Can lower the difficulty... by choosing to play as a girl character at the beginning of the adventure
Password save
​
Heartland (PCs, 1986)? - Maze Platformer/Collectathon, Side View, Jumping, Hub area, Time limit, NPCs
Elevators
No ability gating?