1989 ​(Prince of Persia, Shadow of the Beast and A Boy and his Blob are released) 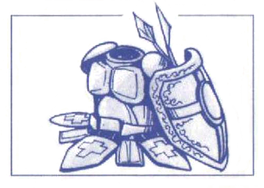 
​
Fantasy World Dizzy (AMI/Multi, 1989)
Subgenre: Puzzle Platformer/Collectathon (coins)
Map feature (shows coins and some platforms)
No save or password save
Improved inventory interface, Item bag (only increases capacity from 3 to 4 but still)
One sequence break (the game doesn't actually require the magic bean to be planted for the beanstalk to grow - only the bucket of water - so you can skip all the steps involving the bean) - check which version 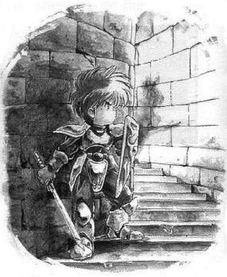 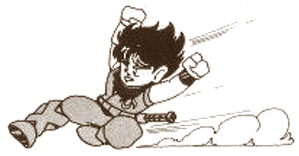 Strider (NES, 1989)
Subgenre: ARPG-ish (basic leveling system - learn a new spell after finishing an area)
Other: Level/Area select screen
Backtracking to previous levels to explore everything that can be found
Some shortcuts (pneumatic tube elevators) but you sometimes have to backtrack through a whole level back to your ship - later on you'll be able to warp back to the ship though
Password save (not too long)
No area maps 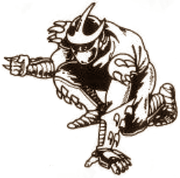 Clash at Demonhead/Dengeki Big Bang (NES, 1989)
Subgenre: ARPG-ish (shops, force points=exp points+force ability energy, NPCs)
Movement Mechanics: Swimming, Flight via jet pack and a spell, Climbing
​Other: Hub map (one big world, can only move between connected areas/levels normally and can replay "beaten" areas - most routes/areas have two entry points, many branching paths on the map), One randomized and timed bomb defusal code sequence right at the end (pretty much luck-based unless you use an exploit which still isn't quite reliable)
Playthrough - Video Review - Mini Review


Friday the 13th (NES, 1989)
Subgenre: Survival Horror/Rescue Mission
Perspective: Side View (outdoors)/Third Person or Behind the Avatar View Hybrid (indoors)
Six playable chars with randomized starting locations (Paul and Debbie have identical stats though and both are worse than George) that you can switch between while indoors
Map feature (outdoors only - going left moves you clockwise around the map while going right moves you counterclockwise)
No save or password save
​Limited item inventory (4 per char, can pass weapons but not other items between chars, picking up a new weapon replaces the one you have)
Minor ability/tool gating

Playthrough - Video Review
​
​
Outliers:
TMNT/Teenage Mutant Ninja Turtles (NES, 1989) - Similar to Zelda II in structure (the overworld is played in a TD view and has real-time combat in it, the game's structure is linear but most of its areas allow for non-linear gameplay, can't backtrack to a previous area)
Basic overworld maps
No save or password save, Limited continues
Non-persistent power ups in sub areas means you can grind for pizza and sub weapons


Quest for Glory series (PC) - Graphic Adventure/ARPG hybrid, mixed TP views, no direct platforming but can use climbing as a skill (and you can jump as a dodge move during battle in QfG 2)
Avoidable monsters which you can also attack before they reach you and switch the engine into a basic fighting game in isometric view
Save anywhere
No maps (world map in V)


Switchblade (AMI, 1989) - Maze Platformer (linear structure)
Charge attack
Many hidden rooms behind breakable walls
Bosses require that you use specific weapons gained throughout the game
No save or password save
No maps

Gameplay - Video Review
​
​
Project Firestart (C64, 1989) - Run 'n gun-ish Maze Action/Survival Horror, Tilted view without platforming
Enemies can follow you between rooms
Optional rescue mission (affects the story)
Dark rooms (someone flicks a light switch mid-way through the game)
Pretty cinematic for the time w/ plenty of cutscenes during the game (including various "meanwhile" scenes)
Journal entries on computers
Came with a map
Some interactive dialogue with your senior
No save feature?


A Boy and his Blob (NES, 1989) - Puzzle Platformer/Maze Platformer
Features an NPC-controlled blob ally that you can feed with different jellybeans to transform it into tools for traversal/key gating/combat (14 different forms in all)
All tools are available from the get go
Some resource management (limited amount of jellybeans)
Ammo shop (pharmacy, buy ammo w/ found treasure)

Prince of Persia (PC, 1989)
Subgenre: Action Platformer/Puzzle Platformer w/ Maze-like levels
Other: More realistic physics than usual, Cling onto and climb platform edges, Fencing duels (parry, parry-then slash/counter attack, move backwards), Time limit
Upgradeable lifebar (large red potions)
Temporary hover jump/slow fall ability via the green potions (these are used when picked up)
Switch and timing puzzles as well as an upside down room puzzle (one of the later green potions has this effect) and a doppelganger/mirror image puzzle (have to merge with it as damaging it hurts you too) 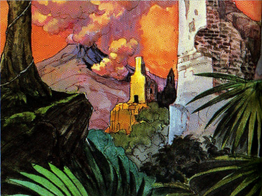