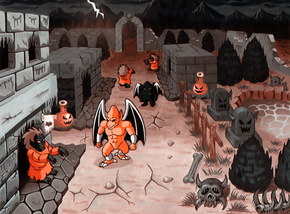 
Magicland Dizzy (Multi, 1990) - WIP
Subgenre: ​Puzzle Platformer/Collectathon (30 diamonds)
No save or password save?
No map? 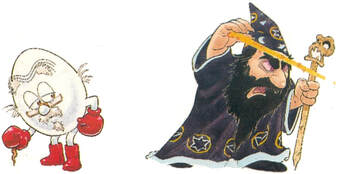 Dizzy 3 and a Half: Into Magicland (Multi, 1990) - WIP
​Subgenre: Puzzle Platformer
Very short (basically a trailer for Magicland Dizzy)
No save or password save?
No map?
​
Playthrough - Video Review 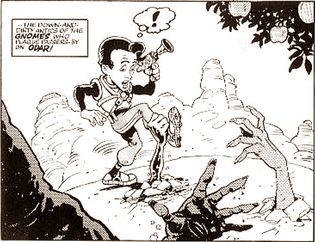 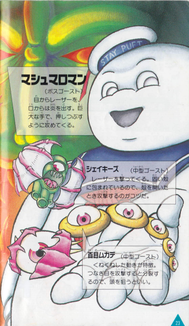 The Adventures of Rad Gravity (NES, 1990)
Movement Mechanics: Limited flight via the Energy Disk (can't move upwards though and it drains life+can't attack while using it and can only activate it while standing on the ground), Reverse gravity areas
Other: Hub map (galaxy map divided into several solar systems, can exit a level from anywhere using your communicator item), Item and weapon inventory, Less bugs in the PAL ver.?
​ Playthrough - Video Review - Mini Review

​
MoonShadow (C64, 1990)?
Subgenre: Maze Platformer/Proto-PA?
Other: Time limit
One life and no continues (no save or password save)
Tools are used for lock and key-style puzzles and alternate weapons only help with combat?
No map?

​6 different playable chars (2 men, 2 women, 2 androids; only humans can use psionics)
​Linear structure
Some equipment and psionics for exploration/traversal (bombs can destroy walls, flight via a jet pack and levitation power, gas mask and face mask for gas protection, three vision types (infrared, image intensified, thermal) for detecting things, clairvoyance=move as a spirit for scouting ahead)
Mini-map via a laptop and partial 3D maps via the holograms, Compass
Save feature
​Healing psionic power/spell
Can get captured and placed in a cell from which you then have to escape if you're knocked out or black out from exhaustion
Weight mechanic
Can take damage to 10 different body parts
​No fast travel?
​
Playthrough (AMI) - Video Review (MD)


Outliers:
Super Mario World (SNES) - Proto-Platform Adventure w/ hub map (mostly linear, gained abilities aren't permanent nor needed to progress, no item inventory unlike in SMB3)
​Some alternate exits
​The world is interconnected via the star road (a separate hub map) but it can't be used to skip ahead in the regular game
Some maze levels
Single item inventory
Save feature
No level maps

Kagerou Densetsu (NES, 1990) - Zelda II-like ARPG (automatic stat distribution), Overworld, TD View/Side View hybrid, Random and set encounters (codes let you control when they happen), Menu-driven town exploration, 3 different playable chars (switch on the overworld), Not much platforming and no side view exploration
Partially non-linear (only need to fight two of five bosses)
Save feature (on the overworld)
Invisibility and time stop spells (combat only though) - no other ability gating
No fast travel
No maps
​​Can run from battles

Majin Eiyuuden Wataru Gaiden (NES, 1990)(Fan translated) - JRPG/ARPG Hybrid, TD View Exploration/Side View Combat Hybrid (see Tales of Phantasia)
One spell moves rocks in TD view - otherwise key gating only
Teleport magic (can go to the previous town)
Escape magic (dungeons and battles)
​​
Shadow of the Beast II (Multi) - Linear except for some minor parts
No save or passwords
No abilities/tools gained that are used to reach new segments in previously explored areas?
No map
Screwing up a puzzle usually means having to restart the game

Danan: The Jungle Fighter (SMS) - Linear (Similar to Wonder Boy in Monster Land)
No save or password save

Blue's Journey (ARC, 1990) - Action Platformer/Hop 'n Bop w/ AA/RPG elements (shops, persistent items if you buy a safe), 2-Player Co-op (player 2 can jump in at any point), Choose your own path between 2 levels at a time, alternate paths through some levels
Can't replay beaten levels or go backwards on the level select map
No save or password save

Treasure Mountain (PCs, 1990) - Puzzle/Edutainment/Collectathon Platformer (Side view gameplay, tilted view visuals),
Minor platforming (ladder climbing and sideways jumping between them, can jump outside but there are no platforming challenges)
Interconnected world and non-linear structure?
Save feature
Light resource management (coins are used to find keys to get to treasure, elves can steal coins, the net wears out but can be restored in a cave using coins)
Catch elves with nets to access riddles or math problems and get rewarded with hints to coin locations
No new movement abilities or traversal/exploration tools gained
No area maps? 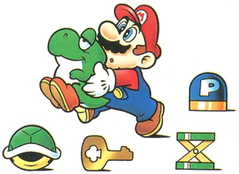